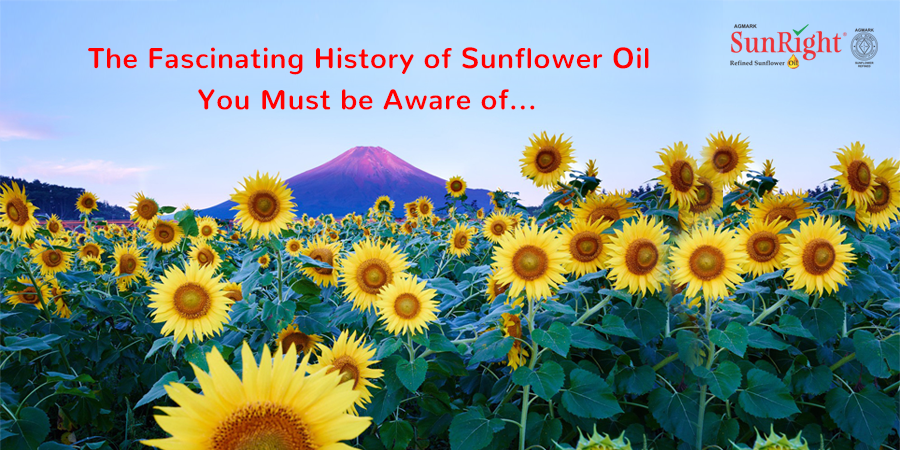 The Fascinating History of Sunflower Oil You Must be Aware of

Have you ever seen a vast field of sunflowers in full bloom? The view is quite mesmerizing. Imagine a ocean of pristine water suddenly reflecting the golden sun. It is quite a sight. These sunflowers represents natural beauty of life. The seeds from this beautiful sunflower is cold pressed to extract the nutritious sunflower oil. Let me explain the historical significance of this multipurpose oil.

There has been historical records of some early South American cultures, probably the Mayans considered it a primary source of food. Since the Mayans worshiped the Sun as a sacred deity, they considered the flower to have medicinal properties. It is to be noted that the flower got it’s name because it always faces the Sun. Therefore, they considered this flower sacred and used the oil for therapeutic purposes. Also, cooking with sunflower oil has been a community ritual in those parts.

It is interesting to note that other South American civilizations such as the Inca and Aztec who closely resembled the Mayans, also considered sunflower to be sacred and widely used sunflower oil in their food. When it comes to its medical properties, sunflower oil was used as a remedy for snake bite. Think about it. Snake bite was one of the common cause of death those days. If sunflower oil was used in the treatment for that, you can understand it’s significance. Many sunflower oil recipes has been found in the ancient texts.

In the same fashion, it was used for cosmetic purpose and a conditional agent for hair long before coconut oil. However, the practise of using sunflower oil for medical purpose was not restricted to South America alone. Ancient texts found in Russia indicates Sunflower leaves were used in the treatment of multiple ailments such as coughs, rheumatism, bronchitis, and even malaria. These factors have made it the healthiest cooking oil known to mankind. 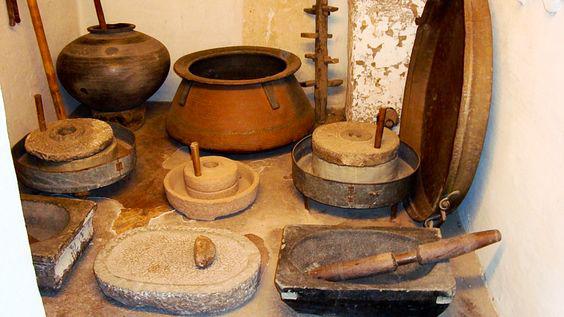 Consequently, it was the Russians who commercialized the sunflower oil by producing it abundantly in 1830. From Russia, it spread to other Eastern European countries. Due to the impact of colonization in the 19th century, the oil made its way to Canada.

Since the plant of sunflower was Native to North America, it was widely grown and the first seed pressing oil plant was founded in 1946. Today, there are different ways of processing the seeds. It is pretty useful to know the organic method. At first, the cultivated crop is dried on the field to dry. Further, it is stored until ready to be pressed. In the cold press method, the seeds are squeezed in a slow and steady manner until the oil is released. Quite simple, yet efficient method isn’t it?

To emphasize, the only heat involved in this method is the heat produced by the friction resulting from the seeds being squeezed together. The temperature is constantly monitored to ensure the high quality of oil. Once the process is over, the oil must be filtered to remove additional fine particles before it’s bottled.

Now that you have an insight on the fascinating history of sunflower oil, you can use it copiously while cooking. Just keep in mind that our ancestors from the distant past relied on sunflower oil and so can you. Happy cooking!